I wanted to take some time to talk more about low-tier soccer in America and also in þe olde Ængland.

For those outside of the loop, the soccer tiers in England go very deep. Beyond the 4 “top” flights (Premier League, Championship, League 1, and League 2) there are many, many regional leagues full of plucky amateurs, bar buddies, and small towns that scrape together to put a team on a pitch.

It’s honestly amazing how deep it goes and how passionate people can be about the sport. Soccer is, in a nutshell, fractal. No matter how deep you look or how far away you get the image and passion are always crystal clear. It doesn’t matter if it is Newcastle United playing in front of 55,000 people, Detroit City in front of 7,400, or Kendal Town in front of 200.

And until recently that sort of passion was unheard of in the United States except in baseball.

And that’s a good point of comparison. Americans love baseball. They’ll gladly root for a local, low-tier baseball team over the more distant professional teams. There is local, civic pride on the line and it is a place for locals to root for other locals. There is a strong sense of community that isn’t found elsewhere especially in the shallow attempts of the big teams to check off the “look, we care” checklist of Breast Cancer, Troops, and potentially one or two local-ish charities.

There is no doubt that this sense of community has lead to the explosive success of Detroit City. Detroit is a city that thrives on community and the “Detroit vs Everyone” mentality. It’s an intoxicating favor that is quick to take over the minds of Rust Belters everywhere.

More now than ever I think low-tier soccer in America will win. They will win  against the NCAA and they will win against the domination of bigger leagues like the MLS. As I see the rise of teams like MPLS City SC, Detroit, Chattanooga, and nebulous non-team in Mobile, is seem communities that will weather greater storms.

And in their wake more and more teams flourish. Is the age of the one and done NPSL team over? I think so. That isn’t to say they won’t crop up from time to time, but that the time frame when a sizeable chunk of teams would pop up and die the next off season is probably over for good.

People, not owners, see the success of teams like Detroit and Chattanooga and they will replicate those successes with their own local flavors.

And in time the lower-leagues will be saturated more and more until a system like Promotion and Relegation becomes not only possible, but desirable to all involved. I don’t think the issue with pro/rel is one of the chicken and the egg. It is one of needing to build a strong, stable set of low-tier teams worthy of the system. We don’t have that yet, but it is seeming more and more likely every day.

The idea that Americans won’t root for low-tier soccer teams is become more and more of a bad dream with each broken attendance record.

It doesn’t take the reward of promotion to build a community – it takes a nucleus that a community can thrive on and that is a team. If you want pro/rel you need to support the little guys. You need to grow communities that can support a team going up as well as coming back down.

On the flip side the NASL continues to look like it is in dire straits. Strikers attendance has fallen to the point that their worst can no longer be rounded to 1,100 and is now just 1,000 – not bad for an NPSL team. Only three teams have posted any sort of growth on their average attendance numbers with the over-all average per game down 13%. I am very interested in what Puerto Rico can do when they join in the fall. In the end though I think there are some teams in the NASL that are untenable from an economic standpoint. You cannot pay for a tier two team on a seventh of the attendance of a tier four team.

Anyway, I wanted to give some love to a low-tier team over in England that I am particularly fond of: Kendal Town FC. If you follow my twitter or facebook you might’ve caught a tweet or share of some of the action over at Kendal Town, a tier eight team based in Cumbria, one of two counties at the very north of England.

With a bit of time on my hands I decided to design a pair of kits for them in the way I usually do (on Adidas’ website because I’m generally artistically bunk). 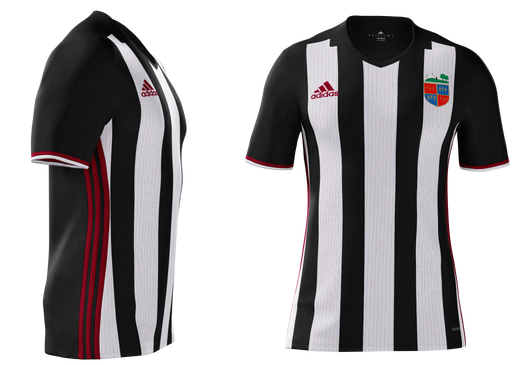 With the new range of Adidas kits I wanted to extend the range of the red on the Kendal home kits. Usually it is reserved for just the socks but here it extends up into the stripes, sleeves, shorts, and the Adidas logo. The pin striping on the white is a nice touch as well, methinks.

Kendal Town sometimes alternates their shorts between white and black, here I stuck with the black. I have a preference for black over white in kits, I’ve spoken about this regarding Newcastle. With magpie kits I prefer black to dominate, I think the color is more imposing and makes the kit look more finished as compared to more empty. 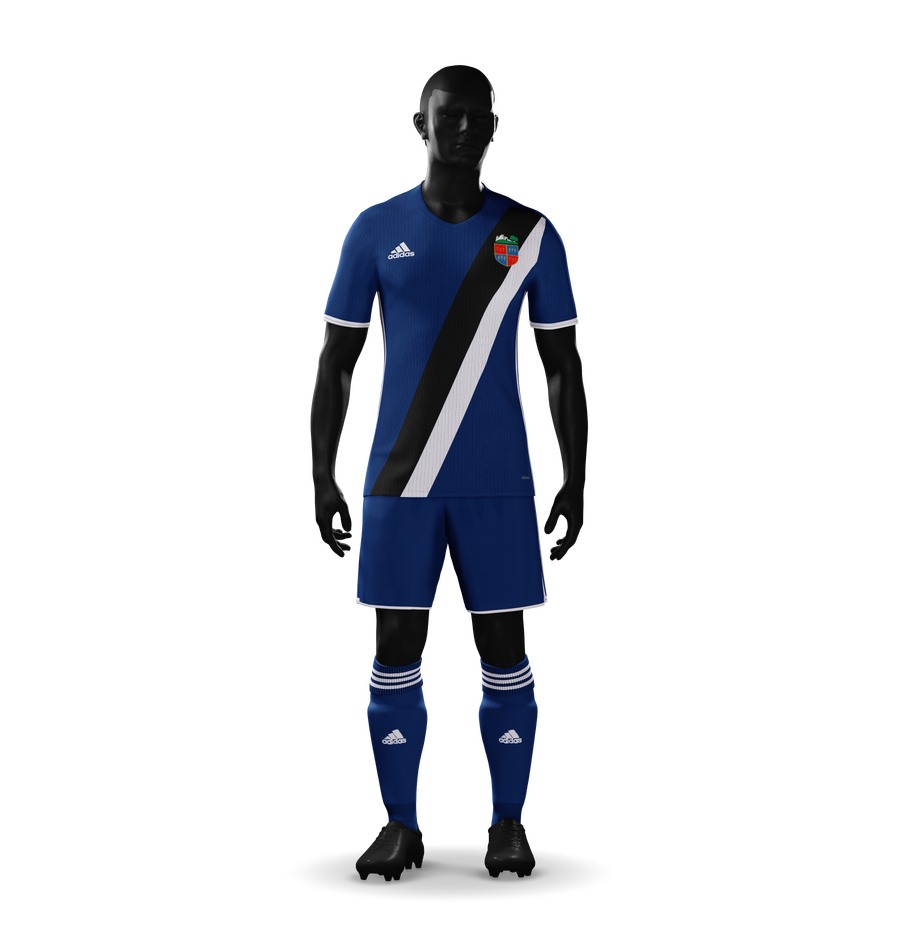 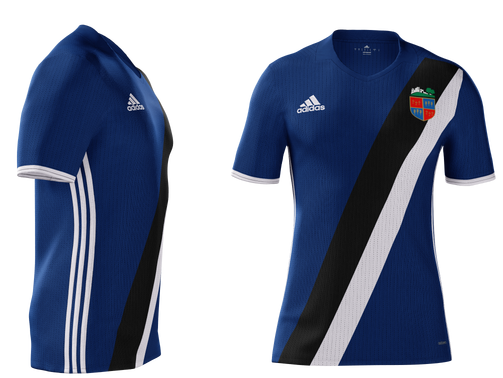 As for seconds, I went for a combination of Kendal Town’s usual blue kits while maintaining the distinctive magpie colors. The all-blue kits are broken up with some white highlights and the centerpiece of the shirt – the black and white sash. This beat out some other designs, some that were a tad white-heavy

I have to admit that even if I could, I probably wouldn’t do completely custom kits. Probably because I can’t and I’m suffering from delusions, but also because I like the idea of “designing” something that can actually be made tomorrow. I also like that constrains the possible to a smaller set and means you have to focus on other elements like color and style branding.

Too many teams these days, looking at you USMNT, completely ignore color and style branding. Every kit is as removed from the previous as I am from Ganymede. New colors! Weird colors! Hoops! Stripes! Blank! Sash!

What’s so fucking wrong with building a brand? We’re going to buy your kit anyway and it is nice to be able to see a Celtic kit from a mile away. It is nice to recognize that’s Newcastle, that’s Man City, that’s Sunderland.

If you’ve never been, check out Historical Football Kits, I can guarantee you’ll lose a few days there. But it is also, for designers, a great way to soak in those ideas of brands. English kits rarely change dramatically, especially not the first/home kits. The biggest change in the Newcastle kits in the last 100 years was a switch from blue to black shorts and the occasional white (instead of black) socks.

MLS teams often have trouble focusing on this. Hell, even Detroit City had some trouble with this (and I’m not helping of course) going from solid rouge, to rouge on rouge, to rouge and white, back to solid rouge.  Hopefully a pattern can catch on soon.

Anyway, I have some ideas for bigger overhauls of brands and stuff that I might do in the future. Who knows, maybe one day a team will trot out in something I’ve designed.

Prices for kilts made more accurate; 25% deposit now, rest later; prices will fluctuate so nothing is final; up the fucking city; you have until 31st August; order sheets.

January 2017 update: There will likely be a second round of orders. Please do not send anything to the address given on the order sheets in this post as I no longer live there. Keep watching this site/my twitter for updates and thank you for your continued interest in NGS kilts.

Hey guys! The Detroit City season is underway and we’ve already packed Keyworth up to the brim with 7,410 supports, fans, and bewildered Hamtramck locals! We’ve crushed the Bucks, carried Louisville in PKs and have shown that we’ve weathered the off season, rumors, and came out stronger than ever before!

During the off season I began work on designing, registering, and producing an NGS/DCFC tartan that we can turn into kilts and other fun items for our burgeoning army of rapid supporters.

So where are we on all that? 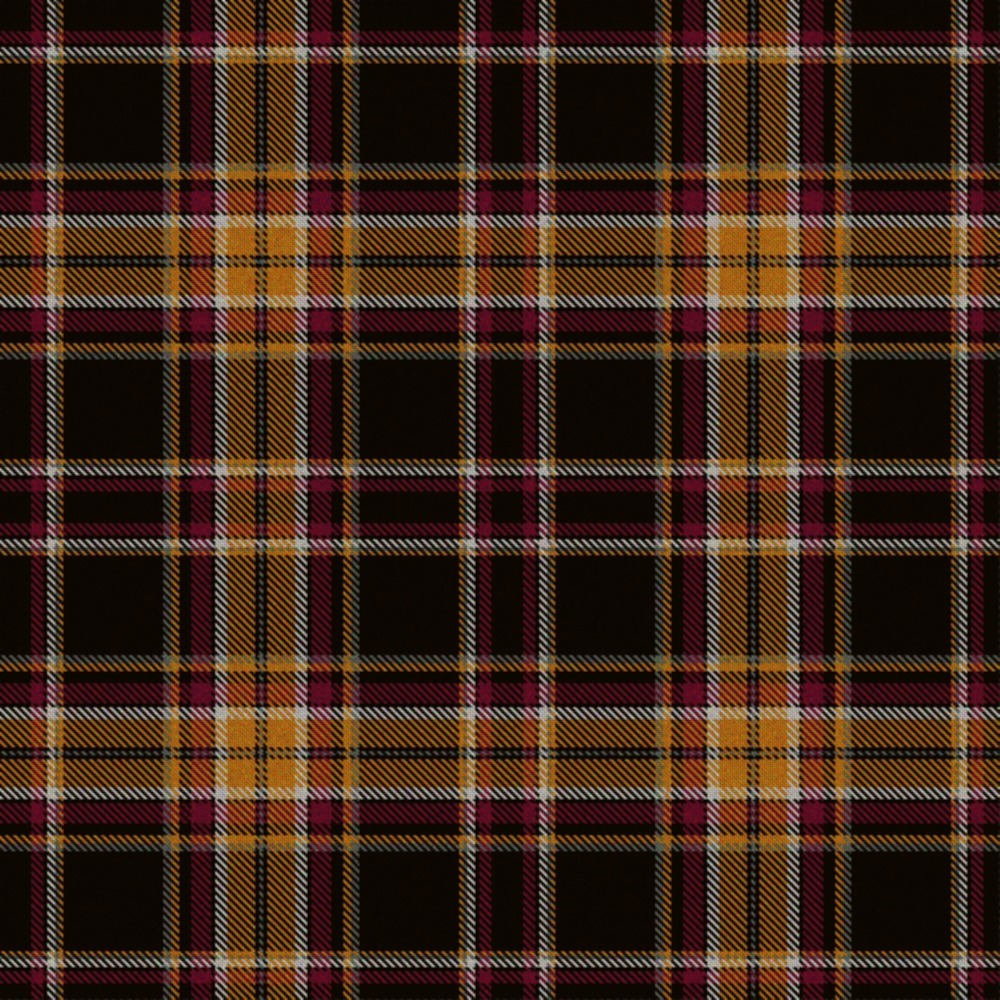 This was the final design that I came up with and got approved by Sarge and Ken. Anyone familiar with the NGS will recognize the colors motif pretty quick. We’re rouge and gold on a background of black and white, with a grey little train-track running through the middle as an homage to our new home in Keyworth.

There isn’t much “deep” history here. Not like every thread count means something. No long stories to tell. It is a tartan. It is ours.

After designing I got it registered with the Scottish Government. It is ours and always will be ours. They would not add the restriction that people from Ohio couldn’t wear it without coming to a game and shaking Sarge’s hand but I wasn’t going to press the issue with a bewildered and honestly rather tired Scottish bureaucrat.

This is where things get… complicated.

You’ve likely seen that I’ve posted links to order sheets before, tried to get people to send them in, pushed back dates, and eventually fell silent.

There’s a reason for that.

I found a supplier more than happy to make our dreams come true at an extremely reasonable price: SportKilt. I decided to do a test run with my personal tartan, going through all the steps and eventually including checking CAD and thread selections. I placed my order and was surprised at the protectionist taxes we levy on imported wool.

So I had to rethink how we were going to do this.

Here is the updated order sheet.

I had to bump all the prices in order to reflect the 25% tax on imported wool. It sucks. It hurt. But these prices are still significantly better than I expected when I first started this whole thing. Prices range from $245 for the smallest base kilt to $433 for the largest fancy kilt (excluding options). This is an increase from $210 and $380 respectively.

Sashes and capes are no longer priced for labor-only. They now include a yard of material at $45.

I’ve also extended the time-line to the last day of August. You have until the 31st of August to get me your order forms and your money.

Which brings me to the ordering part – When you give me your order sheet (in person or by mail) you MUST include a 25% deposit (rounded to the nearest dollar). Since we’re talking international importing/exporting prices fluctuate and so do conversion rates. The number of orders changes the price of fabric as well. Right now we’re assuming we get enough to get the best price, but too few orders will increase the price from $45/yard to $62/yard.

When I get a final price from the supplier/SportKilt I will update you and have you write a check for the remainder of the balance.